"Have you tried yoga?" is a running joke in the chronic illness community. I've been writing about (and doing!) yoga for so long now that it's hard to remember that there was a time when I was very sceptical about the benefits of yoga for fibromyalgia pain.

In this article, I’ve gathered personal stories and scientific studies about yoga for fibromyalgia. You can now make an informed decision about trying yoga to help chronic pain!

Christine  began suffering from fibro over 13 years ago. After 5 years of searching for medical treatments, she finally decided to try an alternative therapy: yoga. Though Christine had made diet changes, her yoga class was the first time she felt a shift in her symptoms. She describes how yoga helped her come to terms with her health:

“What I noticed, in the beginning, was the sheer terror I had about going into my body after I’d spent so many years running away from it,” she recalls. “It helped me to accept my life with fibromyalgia.” Full story published in Yoga Journal. 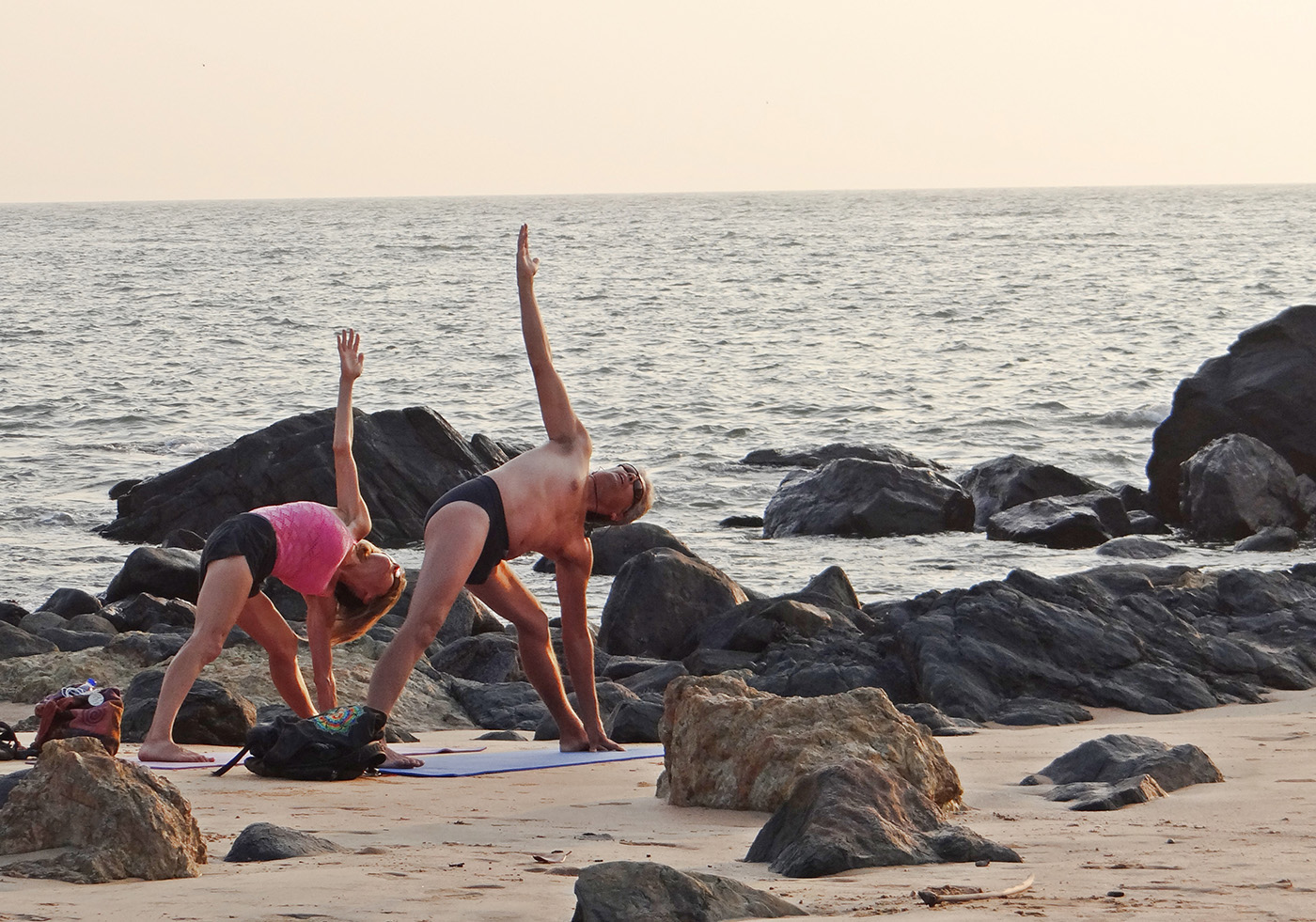 Sarah  went to her first yoga class on crutches. She had been bed-bound for two years but decided that she needed to do something to take care of her self and her body. Like Christine’s story, Sarah’s decision to try yoga was prompted by self-love and self-acceptance:

“Fine. This is my life right now. Pain. Closing her eyes, she tried to accept her situation. This time, the field of pain, which had been unrelenting for years, changed shape.”  In the beginning, all Sarah could do was drive to yoga class, lie down on the mat, and drive home again. At first she began to do restorative poses. Then added in more active poses, and can now do a headstand! Sarah now feels recovered and teaches yoga to others with FM. Full story posted on yoga international.

Carol has lived with fibromyalgia for over 20 years. She began with meditation but found the stretches in yoga helped her sit in meditation for longer periods of time. Carol finds that yoga helps relieve pain symptoms, as well as improve sleep. Most importantly, yoga has allowed Carol to spend more time playing with her four grandchildren. Full story published on health.usnews.

Research on yoga and chronic pain

Yoga therapist, Ginger Wood, documents a case study of one of her patients living with fibromyalgia. Ginger created an 18-month program for her student and found that yoga helped reduce pain and the need for medications. The results for this case are pretty inspiring, I recommend that you check out the full article on ProHealth.com!

Ginger only had one student, but this study measured results for 53 women who participated in an 8-week yoga program. Participants met once a week for 2 hours. Encouragingly, this bigger study found positive results after only 8 weeks! Participants in the program reported reduced levels of fibromyalgia pain and improved sleep.

This next study had 11 participants and found similar results as our previous two studies. After 8 weeks in a yoga program, participants reported a reduction in pain, anxiety, and depression.

Is yoga good for chronic pain?

The personal stories and research on yoga for fibromyalgia are promising. Based on small sample sizes, it seems like the answer the question: does yoga help fibromyalgia pain? Is yes, it can help relieve pain and other symptoms of fibromyalgia. But, while this research is inspiring, it’s so important for people with fibromyalgia to listen to their bodies and find what works for them.

I’d recommend starting with a slow and gentle yoga class to see if yoga is right for you! You can try a free yoga video for fibromyalgia sufferers here, or check out this 10-day yoga for chronic pain bundle.