This has been a tough post for me to write. It took a couple of weeks for me to get it on paper (or screen), and these are thoughts and feelings I’ve been grappling with for the last couple years. The reflections on here have inspired some of the work that I’m doing to support mindful activism.

Earlier this week, I had to go off of social media.

There was a van attack in my hometown of Toronto. While trying to follow the news cycle on Twitter, there was a barrage of people (seemingly from south of the border) trying to turn the conversation towards gun control. The sadness and anger I felt around these two issues made me want to step back and take a break from social media for a few days. I needed that to take care of myself.

It reminded me of how I felt several months earlier when I was living in a small town in Bulgaria. A few friends and I had overheard conversation filled with racist remarks. But instead of my friends feeling outraged at what we had witnessed, they brushed it off as ‘different perspectives’ and wanting to ‘hear all sides’. This perspective shocked me because we’ve been listening to the racist side since the beginning of human civilisation. Can’t we now listen to the victims - to those who have been bullied because of their skin colour, ethnic or religious background, sexual orientation, or disability?

When I was a teenager, I stopped watching the news because I found so many of the stories upsetting. While I think cutting off this stress was helpful for my recovery, I don’t think it’s a good long-term solution. Reading the horrible remarks about the van attack on Twitter last week, and learning about the horrifying subculture that inspired it made me feel stressed and anxious. In fact, over the last two years, there have been many instances where being on social media made me feel stressed and anxious. But I didn’t want to take a full social media cleanse because I feel that now, more than ever, we need to be informed activists for the causes that affect us and those around us.

But what can we do to stand up for the things we believe in (to both our friends & family members and strangers in our community) while also not putting our mental and physical health at risk?

I was angry. Which is, perhaps, not a very ‘yogic’ emotion. Though, As I’ve written about before on this blog, yoga is not just about clearing your mind and thoughts, but about observing your thoughts. How could I remove myself from the heat of the anger, and observe my anger instead?

Anger can be a productive emotion in making needed changes in our society. Anger at the current state of things can be a huge driver for change. But we don’t want to make a change in the outside world while poisoning ourselves at the same time.

In both of these situations, I felt helpless. If I couldn’t even convince the people around me to change their harmful views, how would I make an impact on the world? Every idea I had (writing an article, donating to advocacy organisations, continuing to work hard for my social media clients working on these issues) seemed so small. How would any of these things make a real difference? What could I, one person with limited resources, do?

So, like I have many times before, I turned to my yoga practice. Instead of scrolling through social media, or trying to convince the people in my life that their views were harmful, I turned inwards. 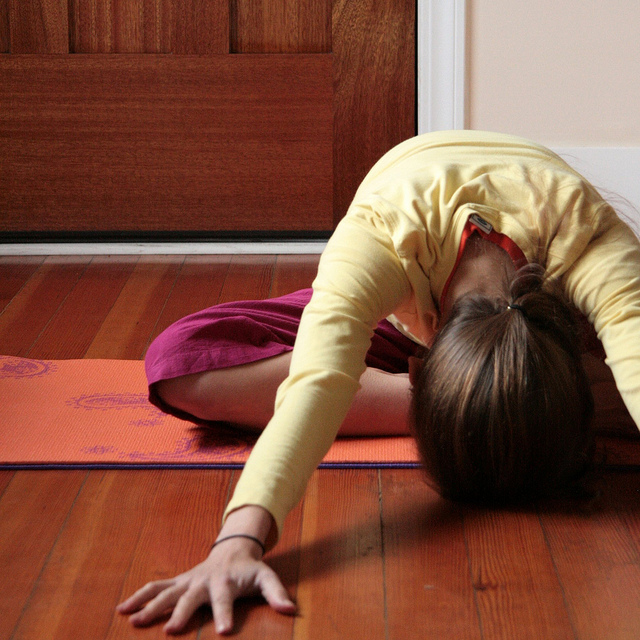 Ever since the US election results (which had closely followed Brexit) I have been active in political discourse. More than ever before, I’ve been reading the news, participating in conversations on social media and with those around me. But each time after the two events I mentioned above, the events that struck me personally, I had to draw inwards and cut myself off for a time to know what I could do to help productively.

Even though I didn’t feel like it, even though I felt sad and angry, and like I wanted to take action - I returned to my mat every day. For a morning practice, afternoon meditation, and evening practice. I went outside for walks but I didn’t talk to anyone, and I didn’t open Facebook or Twitter. Over a few days, I started to feel better. I felt my energy returning and was sleeping better.

I began thinking of the concept of Samskara in yoga. Samskara is the idea that every action we take, particularly mindful actions, leave grooves in the brain. The more we practice the same thing over again, the deeper the grove becomes. Samskara is similar to the concept of neuroplasticity in Western medicine. In yoga, doing 10 minutes of practice every day and creating a regular habit, can create a deeper Samskara than doing a longer yoga practice of 60-90 minutes but only once every week or two.

“If we could change ourselves, the tendencies in the world would also change. As a man changes his own nature, so does the attitude of the world change towards him….We need not wait to see what others do.” - Ghandi

I also committed to doing more ‘Karmic yoga’ that is, yoga as selfless service. Yoga is about much more than a series of shapes you make on the mat, part of our yoga practice involves giving back to the community. Yoga also teaches non-harming and loving kindness. By employing these concepts in our daily life we can begin to send ripples to the community around us.

So how can we use our anger to make positive changes in our community, while also not letting the anger negatively impact our health?

In honour of my new witch-y yoga video for activists, I’d like to make a Harry Potter analogy here (please bear with us if you haven’t read the books or seen the films). 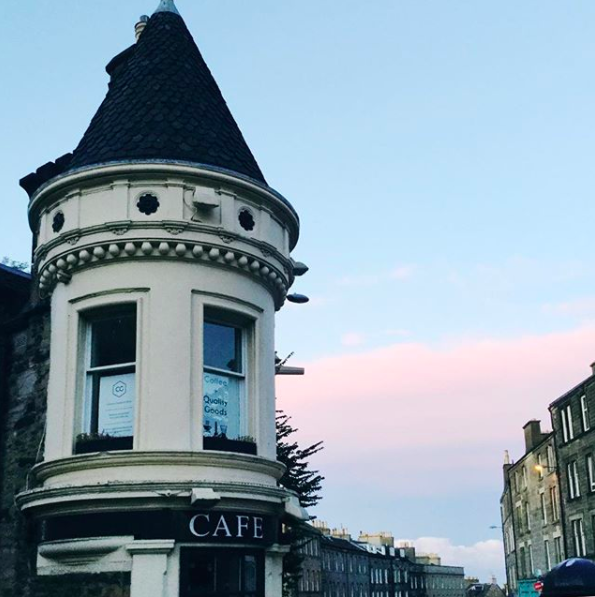 In Harry Potter and the Goblet of Fire, Hermione realises that the wizarding world has been benefiting from the slave labour of house elves. Horrified by finding out that even Hogwarts employs ( or rather enslaves, with the exception of Dobby) house elves she refuses to eat at the welcome feast.

But by the next morning, she realises there are better ways to use her anger to make changes for the house elves. Starving herself might have felt like a righteous response to her anger at the time, but in the end, it’s only harming her wellbeing. Once she decides to use her energy to make changes, rather than boycott, she starts the Society for the Promotion of Elfish Welfare. Though, of course, S.P.E.W would have been more effective had she better listened to the needs of the house-elves. Yoga is about listening. Listening to ourselves, our bodies, and to the others around us. By taking Hermione’s productive anger, and applying yogic listening, perhaps we can begin to see how we can make a change in our communities.

“Dark times lie ahead of us, and there will be a time when we must choose between what is easy and what is right”

This reminds me of something my yoga teachers often say to me. When entering a yoga pose, you want to find a place of ease- not easiness. For Hermione, going on a hunger strike is easy. All one needs to do is stop eating. But what is going to make systemic changes is not easy. In fact, she annoys everyone around her. But she is doing what is right. Even if she's only slowly making grooves in her community at Hogwarts and in the wider wizarding world.

It’s also worth noting that while holding on to anger is not healthy, denying anger is also not a healthy choice. Pushing away your anger instead of facing it can lead to both physical and mental health issues. Harry Potter has a childhood full of suffering, but, he ends up being mentally resilient because he never holds on to his anger - even when it’s to the detriment of his friends when he keeps snapping at them in the Order of the Phoenix.

Through a yoga practice and a yogic lifestyle, we can start to see how to address our enemies (or those we disagree with) in a compassionate way, as the Dalai Lama once addressed China as ‘my friend the enemy’. Even in the Harry Potter world, we see Harry save the life of his arch-enemy Draco Malfoy several times, and without the compassion of Dumbledore towards Snape, Harry would perhaps never have been able to defeat Voldemort. When Harry faces off with Voldemort in the final battle, he offers him the chance to redeem himself and show remorse for his actions (the only way his soul could perhaps heal before death).

Harry would have been just as lauded as a hero had he not offered Voldemort this chance at redemption, but he chose to do what was right.

If you want to learn more about how you can care for yourself while caring for the world, check out this new yoga video on building heroine self-care habits, or learn more about joining us for a day of yoga, tea, and self-development in Edinburgh this August.