The Gut, Stress, and Chronic Pain

We’ve all had butterflies or knots in our stomachs before an exam or a public speaking engagement. In both instances, stress or anxiety is causing that sensation in the stomach. Since chronic illnesses like fibromyalgia and chronic fatigue are linked to stress, it’s no wonder people living with those conditions have a high likelihood of having Irritable Bowel Syndrome, too. More and more research is telling us that the gut is linked to stress, so as people living with chronic illnesses, we should be paying attention to what our gut tells us.

Psychosocial stress has been suspected to play a part, or at least aggravate chronic pain. It’s one of the reasons why therapies like CBT, mindfulness, yoga, and meditation have been suggested by doctors to fibromyalgia patients. Yet, recovering from chronic illness often takes more than just one type of therapy or lifestyle change for patients to start feeling better.

A recent study, suggests that one thing chronic pain sufferers should be paying attention to, is gut health. The research points to a difference in gut bacteria in fibromyalgia patients and those without any known conditions. The scientists tested fibromyalgia patients and found that, compared to controls, these people had too much or too little species of certain bacteria. They excluded factors like diet, exercise, and medication (all of which can impact the bowel) and discovered who had the syndrome and who didn’t with eighty-seven per cent accuracy, just by looking at the samples.

By looking at the gut of fibromyalgia patients, and perhaps those of people with other chronic illnesses, we may get a better idea of how to treat those illnesses. A gut test could also prove to be an accurate diagnostic tool rather than have an invasive blood test, a small non-invasive stool sample would be the way to test for these biomarkers of the condition. It would give patients relief and legitimize their condition to non-believing employers, friends, and society at large.

Could it be that chronic stress, as it lowers the neurotransmitters serotonin and dopamine in the brain, heightens the risk of changing the gut bacteria, too? Or do fibro patients have this difference genetically, and it’s simply a cocktail of factors, from poor sleep to excessive stress, to sedentary lifestyle and poor diet, that lead to fibro? Like that of Highly Sensitive People (HSPs) who are more susceptible to stress. Could it be a combination of the two?

Probiotics have been touted as a new digestion aid for the past decade or so, but primarily for the general public. It helps keep yeast infections at bay, too. Now, it’s considered one of the things patients should add to their fibro tool kit. There was another study whereby they saw an improvement of cognitive abilities of fibro patients after six weeks of taking probiotics. So, if there is an actual biological reason-in our gut-behind our fatigue and/or brain fog, then it’s certainly not psychological. 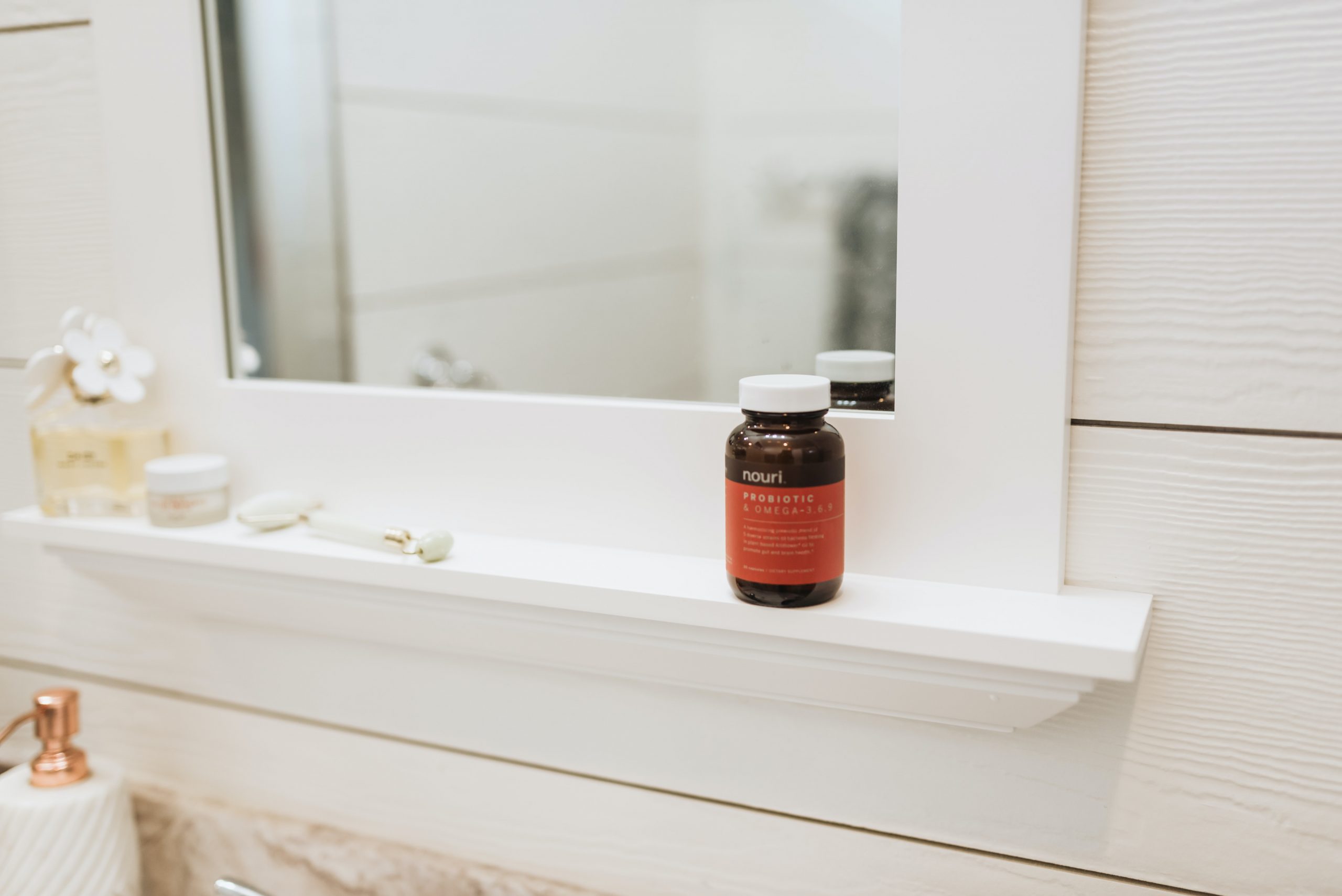 Can't imagine having a bathroom this clean, so they must be working.
Photo by Daily Nouri on Unsplash

(note from Kayla: I started taking probiotics nearly ten years ago and still take them now! I also focus on eating probiotic friendly foods and I do believe this has made a difference in my health and energy levels!)

Probiotics are also said to help with sleep, as the gut is where the sleep hormone, melatonin, like serotonin, is made. Thereby, by consuming probiotics, you are helping to manufacture your sleep rhythm as well as calming your gut (and brain).

In conclusion, taking probiotics is a potentially cheap and safe treatment that could provide some relief for fibromyalgia patients. There are many brands, for a variety of budget, as well as many strains, so it’s important to do the research to find the one that’s right for you (or speak with your doctor or pharmacist about which brands or strains they recommend). Side effects are mild but can include gas, going to the bathroom more often, and cramps. However, once you find the right brand and strain for you, most people don't report any side effects at all.

This is a guest post from Jade. Cat mom, writer, fibro patient, walker, and history graduate. 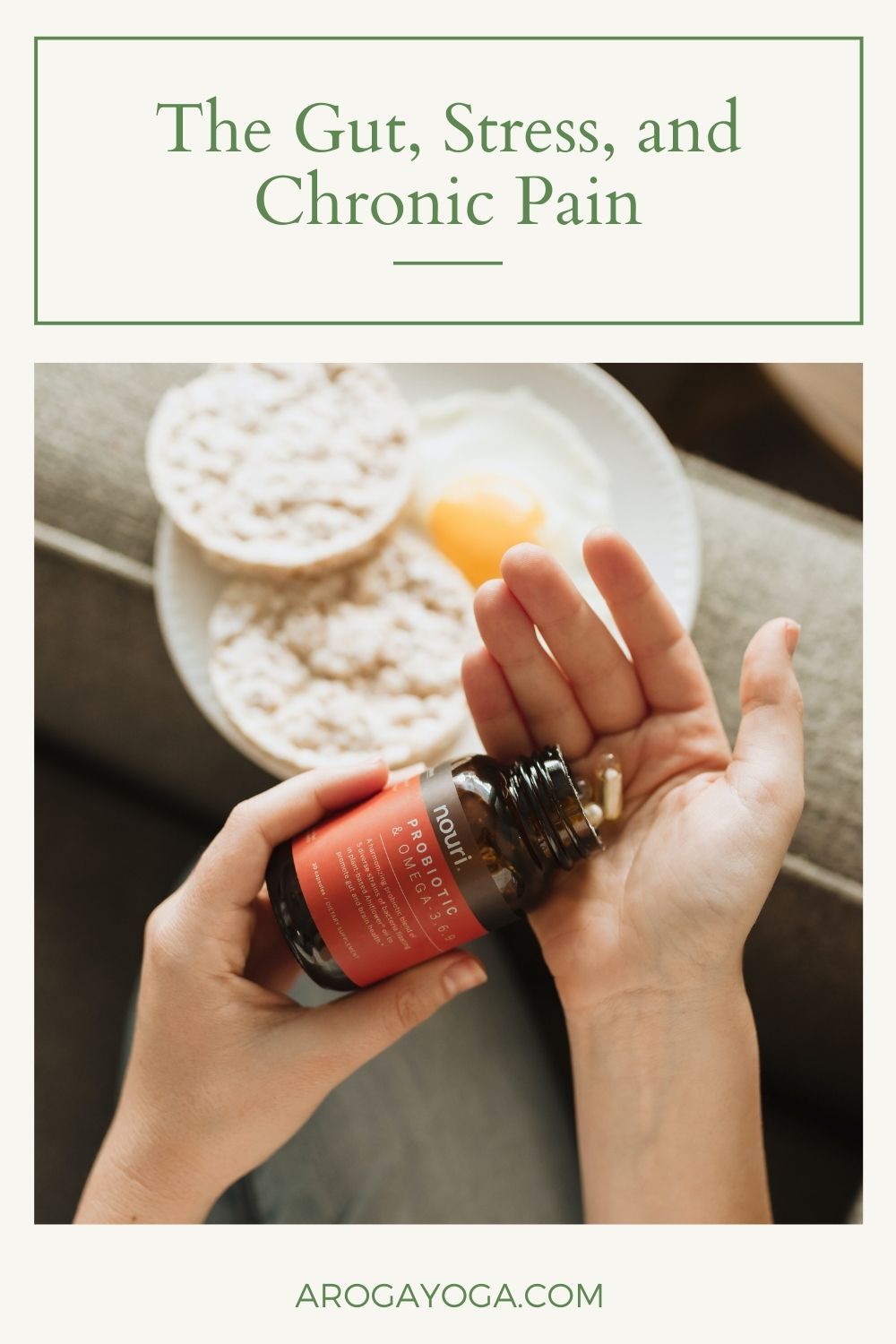