I’m sitting on a balcony overlooking a sea of palm trees and a wide, winding canal at the amritapuri ashram. I’m second in a row of chairs outside the doctor’s office. There’s a middle-aged American lady on my left telling us she’s been feeling exhausted lately and wants to know what’s wrong. To my right is a quiet Dutchman who says very little but nods a lot.

Where is amritapuri Ashram?

The amritapuri ashram is in the south of India in the province of Kerala, also known as the Venice of India (though I don’t think I’ve seen so much rubbish in the canals in Venice). I was a resident in this ashram during my visit to India in 2012.

What can you do at amritapuri ashram?

At the Ashram, there’s an Ayurvedic practitioner at the ashram that we are waiting to see. The American lady gets called in, and I move up to being “on deck”. The Dutchman and I sit in silence now. I’ve been reading about Ayurveda at the Amritpuri ashram (there’s an excellent library), and I'm intrigued by a lot of what I am learning. My visit to the ashram took place about two years after I completed my first mindful yoga course and the mindfulness-based stress reduction course. I was grateful for those courses in bringing yoga and mindfulness to a western, research-based practice, but I wanted to learn more about the roots of the practices that had brought me so much relief from my symptoms.

The ashram is open to both short term and long term visitors from around the world. For a small fee, you'll get a bed in a dorm room, three meals a day, and access to yoga and meditation classes. You're also expected to participate in karma yoga for a couple of hours a day by volunteering around the ashram (can include anything from cleaning to teaching yoga or helping in the kitchen).

On-site, there is a cafe, ayurvedic pharmacy, and ayurvedic practitioner. I want to find out what my Dosha is to see if it provides any insight into my chronic fatigue syndrome, thus, my waiting in line to see the practitioner.

My experience at amritapuri ashram

After another 20 minutes, I’m called into the office. An old Indian lady is sitting there with a notebook. She tells me to sit down but then doesn’t say anything as she takes my pulse and feels my skin. In the 40-degree heat, I’ve somehow managed to acquire a cold, and she asks me if my nose is always stuffy. It is. She scribbles a few things down on a paper to bring to the pharmacy and tells me to avoid showering (or at least avoid getting my hair wet). She also tells me to try not to eat more than one meal a day (an instruction at which I fail). 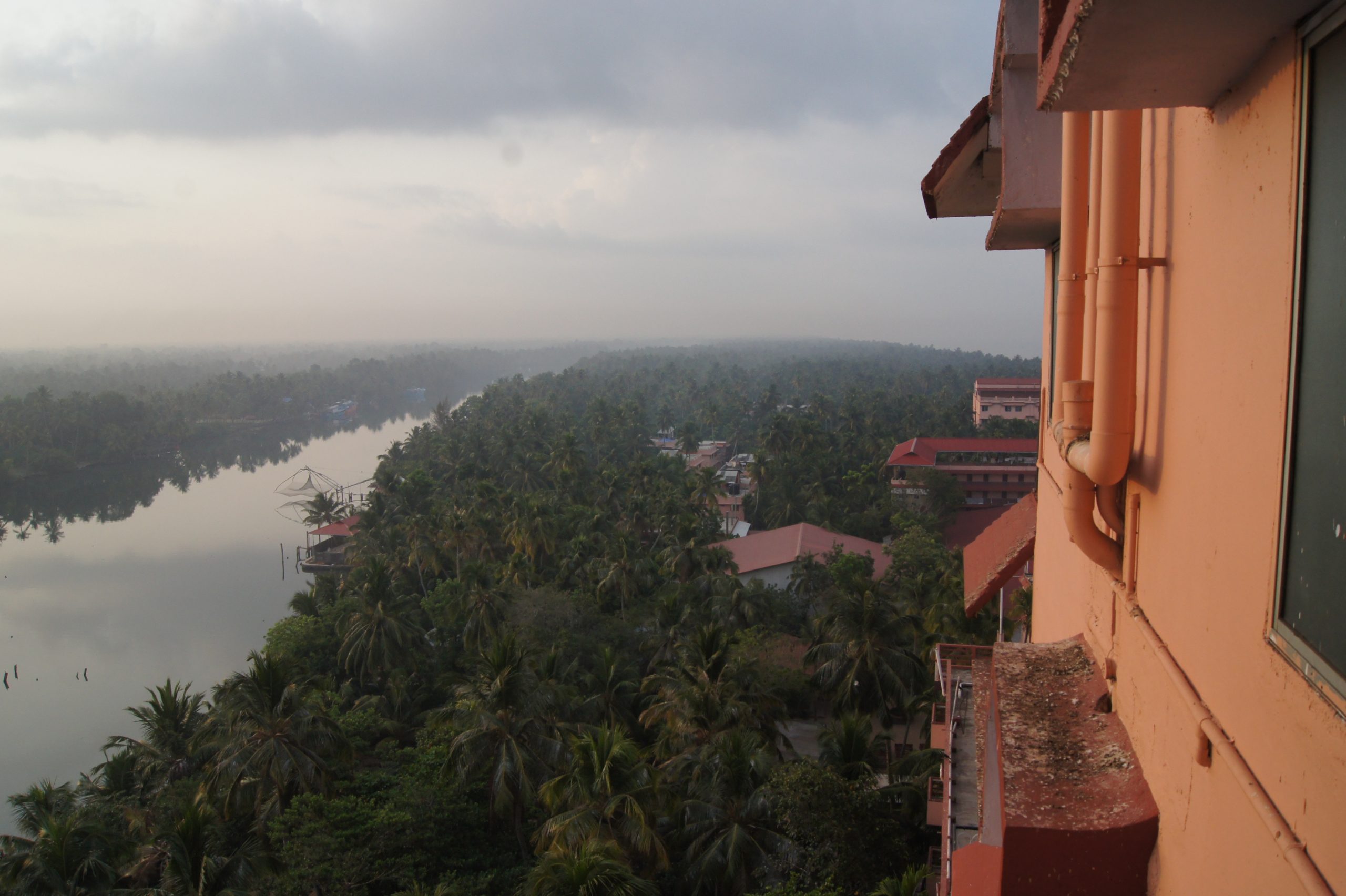 It's hard not to feel peaceful when you wake up to these views every morning.

I’m a Kapha-Vata which means I’m prone to phlegm and fluid build-up. I’m not sure what concoctions the pharmacy gives me, but they all taste terrible. However, within a day, my sinuses have cleared. I still have a scratchy throat and feel a bit off, but I’m amazed at the clearing of my sinuses. Usually, when I get a cold, my nose will continue running for weeks after the rest of my symptoms are gone. I didn’t gain as much insight as I had hoped into my chronic fatigue syndrome, but I’m starting to think there’s something to this Ayurvedic medicine.

During my time at the ashram, I meet a French lady who is there receiving cancer treatments, a Canadian who is ashram hopping around India, and an Indian woman who has studied with the guru from a young age.

Amritapuri ashram is the ashram of Amma, also known as the hugging saint. The ashram is described as "The living example of the ancient Indian ideal “the whole world is one family” (vasudhaiva kutumbakam). Here you will find people from all parts of the world — speaking different languages and having different customs and religions — all living under one roof. In their quest for the meaning of life, each has forgotten their differences and become a child of Amma." – read more about Amma here.

After my two weeks stay at the ashram, participating in chatting, yoga, and meditation, and talking to the students of Amma who are staying at the ashram with me, I can't help but feel a loving-kindness for all of them. I feel like during my time here I deepened my yoga and meditation practice, learnt the basics of Ayurveda which would later help me form my yogic teaching methods, and met beautiful souls from around the world. 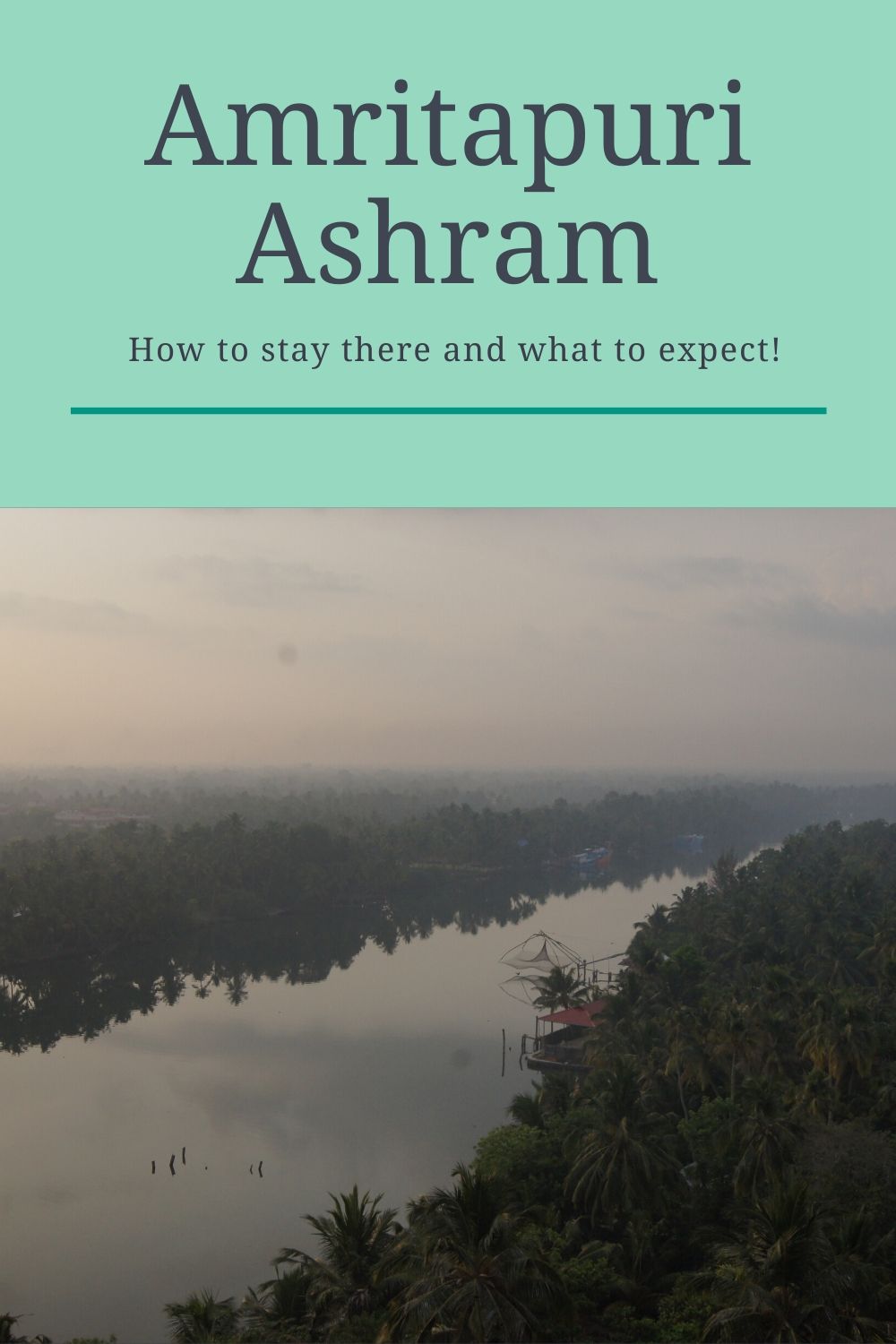 View all posts by: Aroga Yoga